With the breeze comes the delicate sound of a voice singing; through the dust and haze a flash of a multitude of colours jumping in the air comes into view. This is the ‘Adumu’, or ‘jumping dance’ performed by the Maasai warriors in celebration of the coming-of-age of younger warriors. With each movement into the air, not a heel touches the ground as their high pitched voices accentuate the height of each and every jump. 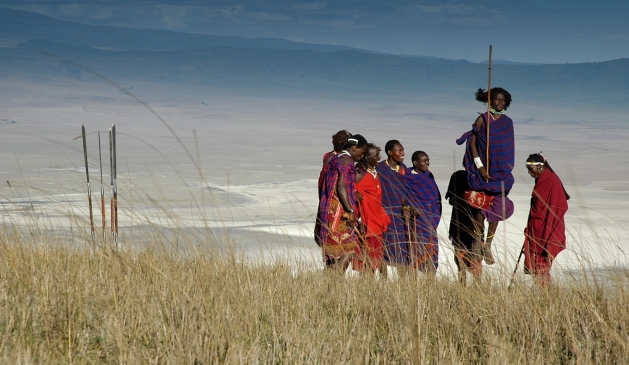 The Maasai are a group of semi-nomadic people who inhabit southern Kenya and Northern Tanzania. Although they have their own language – Maa – many also speak Swahili as well as English. They are a tribe that has roamed Kenya and Tanzania since long before the 18th Century, when they were discovered by the Austrian explorer Oscar Baumann. Their population reached an all-time high during the mid-19th century, however in modern times the Maasai tribes and their culture’s very survival is at stake, with new land management systems being in place together with sometimes limited access to vital resources. 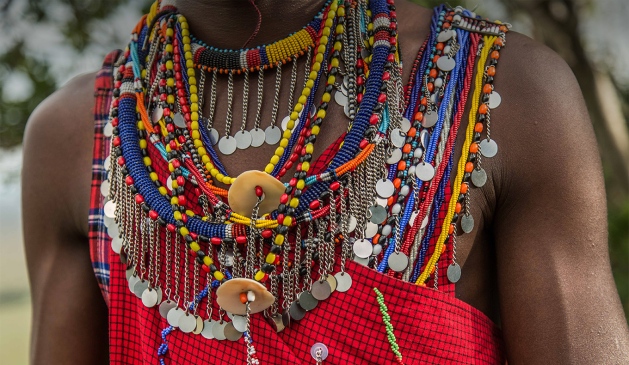 The brightly coloured Shúkàs and jewellery worn by the Maasai juxtapose the ancient red earth of the African wilderness. The Maasai women in the tribe have a multitude of earrings and necklaces, which hang loosely off their stretched earlobes. These are worn with pride as each colour has a unique meaning, and overall they display social importance and respect earned via a warrior’s age and accomplishment. The women in the tribe are the creators of Kraals – groups of houses that are enclosed within a boma, which is a fencing created from sticks that protects the livestock from predators such as the Olowuaru (Maa for lion). These Kraals are created from natural resources and built with precision and care using mud, cow dung and animal urine.

Amongst the men, livestock ownership is seen as a large indication of a man’s wealth. Livestock among the Maasai include cattle, sheep and goats; all of which are vital to the Maasai economy, either in trade, sales or as a natural resource of food. The Maasai rely on meat and milk from their livestock as well as their blood, which is drunk on special occasions due to its high protein content.

The Maasai are one of the interesting tribes of Africa that has had to adapt continually in order to adhere to the economic development in eastern Africa. They are a tribe that should be admired not only for their long-standing history, but also for their way of life in an ever changing world.

For more information on Kenya and Tanzania as well as first-hand experiences with Maasai tribes, visit www.robertmarksafaris.com